When their reps ignored requests for town hall meetings, these constituents got creative. 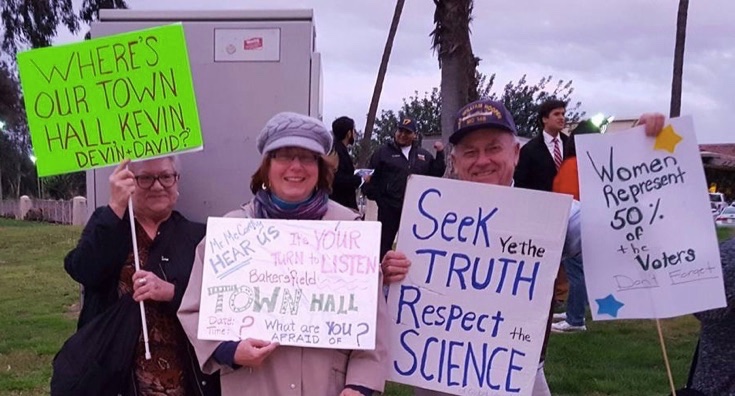 The U.S. House and Senate broke for a recess this week with the expectation that representatives will return to their states and districts to engage with constituents.

Recent town halls have been packed, loud, and passionate as citizens push back on the Trump administration's executive orders, troubling Cabinet picks, and the Republican-led efforts to repeal and replace the Affordable Care Act. Representatives have left events early, snuck out the back door, or simply refused to schedule anything, forcing their constituents to find them.

But people around the country are fighting back and demanding town halls.

As they should. Congresspeople work for you. Here are 11 creative options constituents have tried so far to get their representatives' attention.

1. Guest of honor won't RSVP? Hold the party without them.

Yes, having your representative attend a town hall would be ideal, but if they can't or won't show up, host the event without them. It's still an opportunity for constituents to meet, share concerns, and mobilize for action. Constituent-led efforts in Tampa, Florida; Loudoun County, Virginia; Green Bay, Wisconsin; and Vista, California, are underway this week.

.@DarrellIssa Over 2000 of your constituents were looking for you at a #townhall they hosted for you tonight. #WhereIsIssa pic.twitter.com/DXXC0C4TtS

2. Take the town hall to them!

If your rep won't schedule an event, take your concerns straight to them. That's what constituents of Reps. Kevin McCarthy and Devin Nunes did when they gathered outside a fundraising dinner the Californian Republicans were attending in Bakersfield and demanded a town hall.

Constituents gather, hoping to share their concerns with McCarthy and Nunes and push them to schedule official meetings. Photo by Lynn Scotts Runyan, used with permission.

3. Write a song and make a music video.

That's what the people of Martin County did. Their parody of Meghan Trainor's "Dear Future Husband" asked Rep. Brian Mast (R-Florida) to come to Martin County for a town hall meeting. Mast announced a veteran's town hall in the middle of the afternoon on a Friday (ignoring the song's request), but it's a start.

4. Get other people to keep an eye out.

Rep. Paul Cook (R-California) hasn't yet held an in-person town hall, and his district is starting to get worried. They have a website devoted to finding him, and a creative search party taped a few missing flyers to milk cartons at a local store. Can't hurt right?

@RepPaulCook We're beginning to get really worried about you congressman Cook. These milk jugs are in the stores across the 8th #PrayforPaul pic.twitter.com/pfoYNF6XGa

Twitter user @madeline_says has made and sent multiple requests to her congressman, Rep. David Rouzer (R-North Carolina). Whether on her way to work or after a run, Madeline has made time to reach out to her elected official. It's a shame he can't be bothered to do the same for his constituents.

7. Book a standing appointment with your representative, whether they asked for one or not.

Following last year's election, the people behind the grassroots group Tuesdays With Toomey host protests every Tuesday at the Pennsylvania senator's offices across the state. Someone even brought a sousaphone. Things are getting serious.

For Valentine's Day, Twitter user @TechnicallyADoc asked Sens. Tim Scott and Lindsey Graham (both R-South Carolina) out on a date — to discuss health care. Scott piggybacked on Rep. Mark Sanford's town hall on Feb. 18, but no word from Graham.

You know what's better than one card? Thousands of postcards delivered to Speaker of the House Paul Ryan requesting an in-person town hall in his southeastern Wisconsin district.

10. Make your message larger than life.

If the 70,000+ postcards don't get Ryan's attention, this billboard in his hometown of Janesville, Wisconsin, may do the trick.

Our billboard is up! Chip in $5 or more today so we can keep it up for the entire week https://t.co/DklXneODMY pic.twitter.com/N9S6QIPgjg

11. A surefire way to get your representative to come home? Vote them out.

If they're not up for the challenge of being an elected official in the age of resistance, then find and support someone who can. Maybe it's you!

Let's talk about the good stuff that happened this week, not... 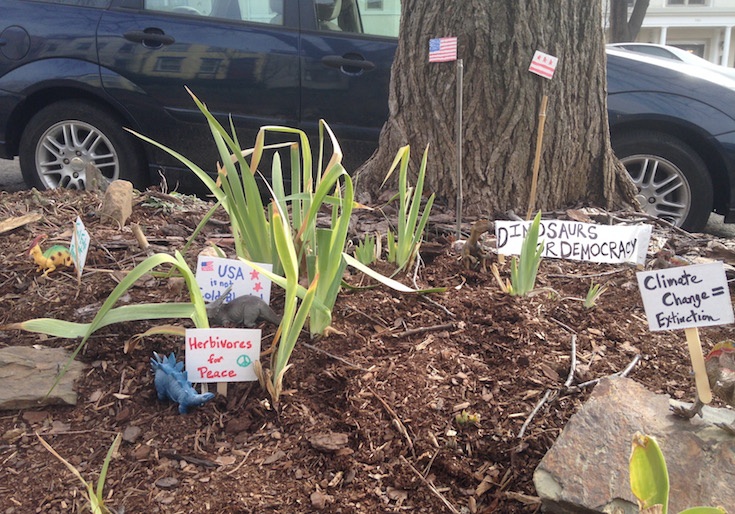 A dad helped his son make protest signs for his toy dinosaur... 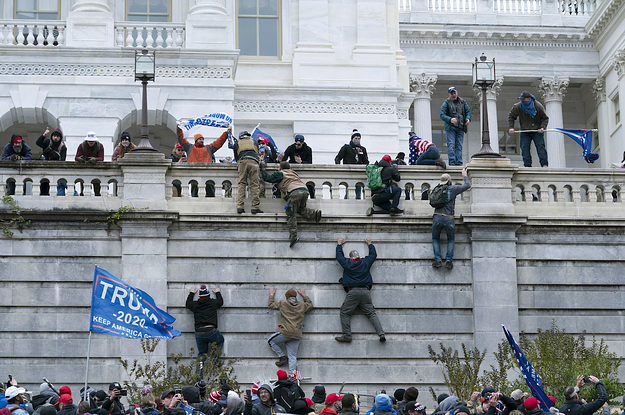 Novak Djokovic Has To Leave Australia After His COVID Vaccin...

The Threat Posed By Domestic Extremists Is Even Greater A Ye...